Class of 2018: understand the academic requirements to play DII sports: 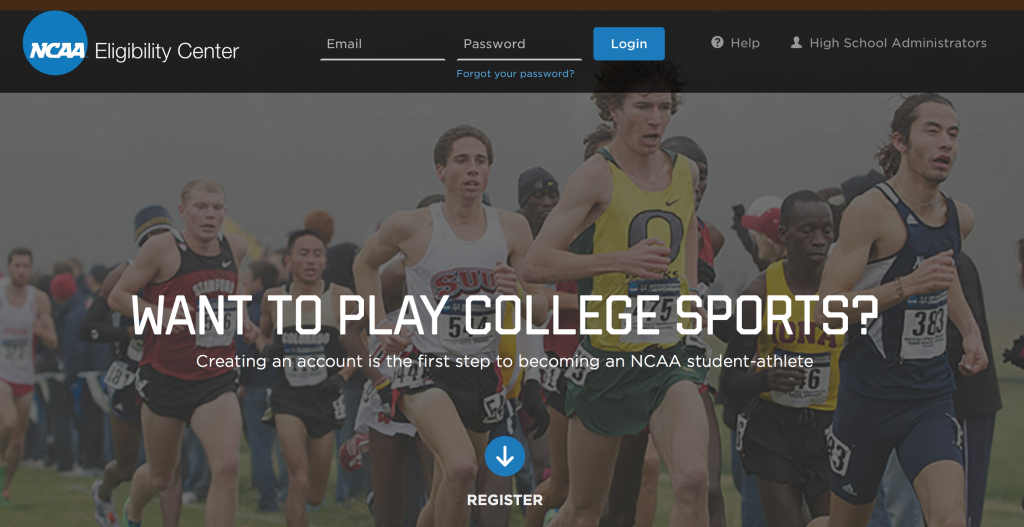 If you want to play NCAA sports at a Division I or II school, you need to register for a Certification Account with the NCAA Eligibility Center. College-bound student-athletes in Division III can also create a Profile Page to receive important updates about being a student-athlete and preparing for college. Students who are not sure which division they want to compete in can create a Profile Page and transition to a Certification Account, if they decide to play Division I or II sports.

The NCAA Eligibility Center works with you and your high school to help you prepare for life as a student-athlete. If you have questions about your eligibility or the registration process, please review our resources or call us toll free at 1-877-262-1492. International students should call 317-917-6222.

The NCAA Eligibility Center website is located at eligibilitycenter.org.

If you do not understand the the initial eligibility requirements, visit with your guidance counselor at your school or contact the NCAA Eligibility Center at 877-262-1492.

Here is the release from the NCAA on April 26, 2012 explaining the change that went into effect:

The Division I Board of Directors today voted to allow more time for high school students and those who guide them to become familiar with higher initial eligibility standards, which now will go into effect in 2016. The class entering college in 2016 is currently in eighth grade and now will have all four years in high school to work toward the new standard.

The Board adopted the increase in initial-eligibility expectations last October, with an effective date of 2015, to ensure prospects are more academically prepared for college coursework. Since then, some administrators, coaches associations and secondary school administrators expressed concern about the implementation schedule.

“We want to give young people a fair chance to meet the new standards by taking core academic courses early in their high school education,” said Board Chair Judy Genshaft, president at South Florida. “The presidents have every confidence that future student-athletes will do the work necessary to be academically successful in college.”

The new initial-eligibility requirements create a higher academic standard for freshman to play. That standard is higher than what will be needed to receive aid and practice, creating an academic redshirt year.

The new requirements are intended to ensure prospective student-athletes are as prepared to succeed in the classroom as they are in their sport, a message NCAA President Mark Emmert underscored in his Final Four press conference.

“Academics are vitally important and demand just as much attention as athletics, especially in college.”

Emmert said he wants more people talking to prospects about academic preparation in the next year as the enhanced eligibility standards are broadly communicated.  NCAA staff are fanning out to youth events starting this weekend to communicate directly about the increased academic standards.

Thursday’s action does not minimize the Board’s commitment to academic success, Genshaft said, but acknowledges a need to give prospective student-athletes time to meet the higher expectations.

NCAA research indicates student-athletes in football and men’s basketball will feel the most significant impact from the higher academic standards. Those sports regularly post the lowest Academic Progress Rates and Graduation Success Rates.

The impact is expected to decrease over time as prospective student-athletes adjust to the changes and improve their preparation.

June is a very important month of the year for basketball players. It can be the first break of the year from basketball for some. Some are getting breaks from their AAU/travel team schedule. While some high schools are using the opportunity for team bonding and activities. June is also a very important month for development. Since we are almost midway through the month, I felt it is a great opportunity to emphasize it’s importance.

These are the 5 worst things you can do during this month:

Not Attend a Basketball Camp

A couple of weeks ago in my last Ask Po Po video I talked about June being basketball development month. Basketball camps are being hosted all of the US on college campuses, at private schools, at local gyms, etc. As a matter of fact, I just wrapped up my E.L.I.T.E. Academy on Saturday. Camps are the perfect place to learn something new about basketball. It is the perfect place to add something to your game. It is a great opportunity to get around a different group of basketball players.

There’s nothing worst than having a break from basketball and coming back to the team bigger and slower. It’s OK to take some time away from the game. I actually recommend that you take some time to rest your body, muscles and brain. But while you are on your break, be aware of what you are putting in your body. Stay away from fast foods and sodas every day. Drink plenty of water and eat your fruits and vegetables. If you are the type that trains consistently and work extra, use this month to change up your routine with less pounding on your body. Go swimming or simply walk.

Not Pick Up a Book

Just because you are out of school doesn’t mean you should stop learning and growing. I recommend that you read a book on basketball or something that can help you with basketball. This is another way for you to increase your IQ of the game or you can learn about teamwork, leadership or success.

Not Reach Out to College Coaches

If your team is playing in NCAA-certified events or you are participating in the events as an individual in July, you should be contacting college coaches this month. In my Ask Po Po series, I’ve shared with you How to Get D1 College Schools to look at you (Part I, Part II, Part III). Review the information in the videos. This is the perfect time to reach out to coaches to let them know what events you will be attending next month.

Not Know Where You Stand Academically

School is out so you should have received your report card by now. Or if you can access your grades electronically, you know what you made this past school year. It is getting harder and harder to become academically eligible to play college basketball. Check your grades and core courses to make sure you are on track. Here is a website to help you.

Basketball Season is winding down. Before you get started with AAU/Travel team activities, here are some things for you to consider.

If you don’t already have them, write down your statistics from this season. Knowing your statistics provides motivation for you to work on your individuals skills during the off season and helps you prepare goals for next season. Also, college coaches first point of contact with a player they are interested in is a prospective student-athlete questionnaire. The questionnaire may ask for your season’s stats. You will already have it handy.

Use a computer or tablet/IPad to get tryout information at www.MemphisGirlsBasketball.com. It will be listed near the top of the page.

I will kick off Individual Training Sessions March 14 for girls 7 years old and up that’s interested in learning the game. I also offer sessions to players that’s already on the school team but wants to work extra on fundamental development including agility, left and right hand ball handling, shooting techniques and game situations.

The Spring Evaluation Period is quickly approaching. The dates are April 24-26. This is the first time period of 2015 that you can play in front of Division I college coaches at NCAA-certified events. Most players attend these events (tournaments) with a team, however, their are events (camps/showcases) available for individuals not on a team.

With the Spring Evaluation Period a few weeks away, there’s still time to start preparing. My How to Prepare for the Basketball Evaluation Period video is a great resource for teams and individuals. It provides tools and tips to help you make the most out of attending these events.

The E.L.I.T.E Academy has been a dream of mine for years. I grew up during a time when players got more out of camps than just playing in basketball games. There was an academic piece, a life skills piece, a skill development piece and some basketball games to play.

To learn more about the E.L.I.T.E. Academy, click here

Use the NCAA Eligibility Center Quick Reference Guide to do a quick review of the Core Courses, Test Scores, and Grade Point Average requirements for initial eligibility for DI and II.

2014-15 Guides for the College-Bound Student-Athlete

Get some of your questions answered about recruitment and academic requirements to play at the different levels:

Division I and II
NAIA
NJCAA